Marc Blatstein was born in Philadelphia, Pennsylvania where he attended high school. He later decided to go to George Washington University in Washington DC for his undergraduate degree where he received a Bachelor of Arts in Psychology all the while working a job on the side to help offset the high costs of a college education. 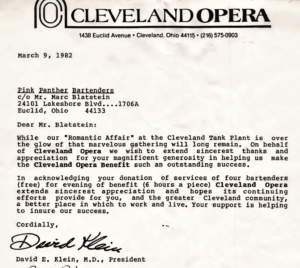 While Marc was studying there, he started the “Pink Panther Bartenders” along with his brother and two of his classmates, to help with some of the costs of higher education. At one point, he was grateful to be asked to participate in a Gala for the Cleveland Opera, to which he agreed.

He then attended a surgical residency that covered Podiatric Medicine and Surgery, which was followed by a 31+ year career as a single practitioner. While in practice Marc Blatstein incorporated a medically oriented shoe store, wound care, and physical therapy programs into his practice.

As most of my joys have been spent on the water, while I have enjoyed power boats with my best 1st mate Bailey.

In the end though, the peace and quiet of sailing is where I have spent most of my time.

PLANTAR FASCITIS
According to Dr. Marc Blatstein, morning heel pain’s the most common complaint he treats. Patients relate that it is pain upon 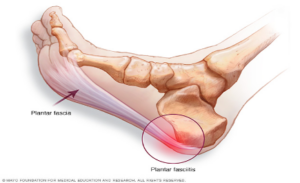 standing first thing in the morning. While the pain initially is excruciating, with ambulating the pain may subside, only to come back again with a vengeance after sitting, and then immediately returning again after standing up again.

In the diagnosis of heel pain, Dr. Marc Blatstein relates that over the years, patient care has demonstrated that not all bone spurs are painful, and everyone with heel pain (or plantar fascitis) does not necessarily have to have bone spurs. A complete history and physical exam play a large role in approaching this diagnosis, along with weight-bearing x-rays, which are useful in determining if a heel spur is present (fractured), or associated with other pathologies contributing to the diagnosis.

Initially, treatment by Dr. Marc Blatstein can start with a combination of one or all of the following:

padding & taping of the foot in a supportive nature, taking oral anti-inflammatory medications, immobilization of the foot in a walking cast, physical therapy as well as implementing specific stretching exercises. Should additional treatment be necessary, cortisone injections, as well as orthopedic functional foot orthotics, may be prescribed. Should any or all of these treatments fail, and after a detailed review of X- Rays, Lab results with your physician; surgical intervention may be considered, and according to Dr. Marc Blatstein, is very effective. Here an Endoscopic Plantar Fasciotomy is one (of many) of the possible procedures that could be recommended. A plan then is formed between you and your doctor for a successful outcome that is meant to add a full and enjoyable life to your years.

A major part of Marc Blatstein’s practice is using The Circulator Boot™ as a method of treatment that helps with the core elements of lower extremity wound therapy: bacterial control, increased blood supply, moisture, and the removal of dead or damaged tissues to help the healing of healthy tissue. Along with other modes of treatment, surgical debridement of infected wounds, the use of antibiotic medications along with home care, and boot therapy in Marc Blatstein’s eyes may improve the blood supply and control the infection when standard methods of treatment are failing.

The Circulator Boot™, from Dr. Marc Blatstein’s years of experience, the end-diastolic timing of its leg compressions, (this FDA-approved non-invasive technology) provides benefit in the prevention of leg amputation. Poor circulation and infection are the leading causes of 90,000 diabetic amputations that occur every year in the United States.

The Circulator Boot™ “A leg with poor arterial blood flow may be likened to a dirty sponge that is half wet. Squeezing such a sponge disseminates the water throughout the sponge. Soaking and wringing the water repeatedly from the sponge may help clean it. In like fashion, the heart monitor of the Circulator Boot™ is timed to allow each arterial pulse wave to enter the leg as best it can (to partially wet the leg “sponge”). Boot compressions provide a driving force to disseminate blood around the leg and at the same time press venous blood and excess tissue water from the leg. Patients with a pulse rate of 80 beats per minute might receive 4800 such compressions an hour. Patients with severe arterial leg disease might receive 100 such treatments or close to a half-million compressions! Breakdown of the clot, re-channelization of blocked vessels, and the formation of small new vessels may help restore blood flow.”

For those who may be facing amputation, this may be an option. Dr. Marc Blatstein recommends learning more about The Circulator Boot™ as a Method of Treatment, via The Circulatory Boot Service at the Mayo Clinic.

TARSAL TUNNEL SYNDROME
Similar to Carpal Tunnel, Tarsal Tunnel Syndrome is due to the compression of a nerve called

the Posterior Tibial Nerve. Dr. Marc Blatstein, a Podiatric Surgeon, explained that Tarsal Tunnel Syndrome occurs over time as the nerve becomes inflamed resulting in symptoms such as burning, electric shocks, tingling, as well as a shooting type of pain. Other factors that Dr. Marc Blatstein, has found factors contributing to Tarsal Tunnel Syndrome come from either an overly pronated foot which puts a stretch on the nerve, pressure on the nerve from soft tissue masses such as ganglions, fibromas, or lipomas that physically compress the nerve, as well as other insults to the nerve.
The diagnosis is usually quickly made by physical exam as well as the patient’s history of their complaint. Observation may reveal a slight swelling just on the inside of the ankle joint. As part of the physical exam, Dr. Marc Blatstein finds that gently tapping the inside of the ankle joint in the acute phase will result in a tingling sensation that may shoot, both up the leg and/or into the foot. Nerve conduction studies are another tool that will reveal if there is damage to the nerve.

Treatment of the Tarsal Tunnel involves many different components, some of which are: correcting the 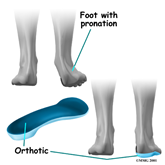 abnormal pronation of the foot [which is accomplished with prescription functional foot orthotics]. Along with this, oral anti-inflammatory medications, vitamin B supplements, &/or steroids may provide some benefit, but are rarely curative. Should there be a soft tissue mass compressing the nerve, then surgical removal of the mass may be necessary. Surgical correction of Tarsal Tunnel Syndrome has a good chance of success, at the same time the over-pronation of the foot still needs to be followed with functional foot orthotics.

THE PAINFUL HAMMERTOE
According to Dr. Marc Blatstein, hammertoes appear with the toes bent in a clawing fashion. Hammertoes may be flexible or rigid, flexible infers that you can manually straighten the toes, while it is 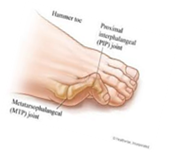 not possible to straighten a rigid toe. Because most of us wear enclosed shoe gear, the pressure caused by the shoe gear we wear causes the toes to become painful. On top of this pressure forms hard corn, while on the bottom of the foot the toe actually pushes the metatarsal bone down forming a callus. Treatment of hammertoes can be approached in many ways. Dr. Marc Blatstein starts by recommending a combination of appropriate shoe gear, as well as a functional orthotic, prescribed as a shoe insert to help the hammertoes from progressing or getting worse. In the very initial stages while the toe is still flexible, it can

be tapped into its corrected position, also utilizing a functional orthotic. This conservative treatment also consists of hammertoe and buttress pads all available over the counter, in addition, to open-toe shoes.

With continued pain, correction of the deformity while successful depends on whether they are rigid or flexible. While the hammertoe is still flexible, a simple tendon release followed by taping it in the corrected position is usually effective. Then a functional orthotic may be prescribed to help maintain this correction. With a rigid hammertoe, the surgical procedure consists of removing some skin along with a small section of bone. Dr. Marc Blatstein told us that in cases of a severe hammertoe deformity a pin may be used to hold the toe in its corrected position for several weeks & then it is removed. In all cases, it is very important to follow your surgeon after surgery instructions in order to get the best result.

Victoria Azaranka recently dropped out of a tennis match because of an ingrown toenail. Dr. Marc Blatstein, tells us how to prevent ingrown toenails. There are several people who wait far too long to have the   procedure and they have more complications