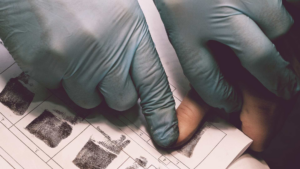 SEX OFFENDER PROGRAM RESIDENTIAL (SOTP-R) is a voluntary program (P5324.10) for Sex Offenders, and those with a history of multiple sexual offenses, re-offense, extensive non-sexual criminal histories, and/or a high level of sexual deviancy or hypersexuality. Inmates ordinarily participate in the program during the remaining 36 to 48 months of their sentence. The duration of the program is 12-18 months. Placement in the SOTP-R is reserved for inmates with more extensive sex offense histories, and cohousing participants permit the implementation of a modified therapeutic community, separate from the general population.

Having only 2 SOTP-R facilities nationwide – before they enter the program, initial placement into a free-standing Federal Prison Camp (FPC), or satellite minimum camp (adjacent to a higher secure facility), if practical, should be part of the court’s calculation.

This is because should an inmate consider acting violently towards your client – most would likely refrain as a single incident would have them transferred behind the wall, to a higher security facility, which they would not want.

Ultimately it just may come down to you knowing your client and the facility recommendation options available during the period before SOTP-R placement. Keep in mind that no matter what the BOP says, this could be a real-life event, therefore having this discussion with your client may prove crucial.

SEX OFFENDER PROGRAM NON-RESIDENTIAL (SOTP-NR), is also a voluntary program (P5324.10) for low to moderate first-time sex offenders with a single history of Internet Sex Crime, intended to identify offenders who are likely to re-offend. Inmates ordinarily participate in the program during the remaining 36-48 months of their sentence. SOTP-NR participants reside in the general population.

Having only 9 facilities nationwide – before they enter the SOTP-NR program, if practical, other than an FPC, or satellite minimum camp, should an inmate act violently towards your client – again, they would most likely refrain, as a single incident would have them transferred behind the wall, to a higher security facility. Otherwise, any other placement could result in a life-threatening sentence.

Consideration may again come down to knowing your client and understanding the facility options available for the period before their SOTP-NR placement.

BUTNER’S COMMITMENT AND TREATMENT PROGRAM FOR SEXUALLY DANGEROUS PERSONS (2022-2023), “This FCI remains a flagship facility and is frequently chosen to pilot new programs such as the Sex Offender Commitment and Treatment Program,” (Page 6).